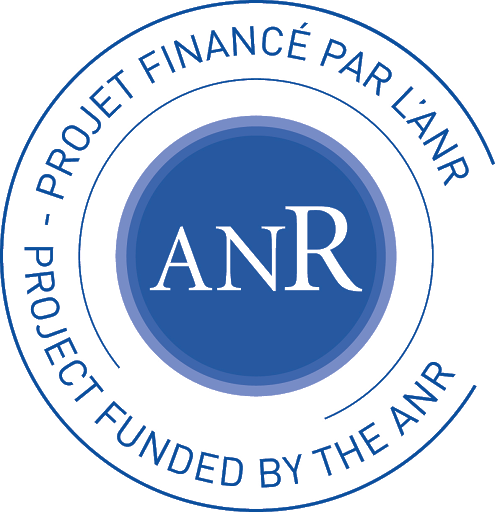 This section presents the different sources PORTIC provides an interactive access to.

PORTIC is based on two databases, both produced by previous ANR programs: Navigocorpus and Toflit18. The content of Navigocorpus has been implemented within the framework of PORTIC with data on over 30,000 entries or clearances. The new data respond to spatial and a diachronic research issues.

With regard to the chronological framework of the data used for Portic, we have made the following choices:

Navigocorpus is an open-access database, intended to collect information relating to the movements of ships in space and time. It currently contains data on over 100,000 trips, mostly between the mid-18th and mid-19th centuries. Only part of the information contained in the database, relating to the navigation of French ports in the years indicated above, is the subject of visualizations and analyzes within the framework of Portic.

More specifically, for Portic, we have extracted  from Navigocorpus information from three types of sources:

On clearing a French port, ships were subject to the payment of a fee called “congé“, collected for the benefit of the Admiral of France by the clerks of the local admiralty office. There were a few exceptions: boats making a return voyage within the jurisdiction of the same admiralty were required to pay one congé only; in some provinces, some congés were valid for many voyages within a given period of time (ranging from a few months, up to two years for ships clearing from a Mediterraneean port to the Levant).

We have mainly exploited the registers of congés kept in the current G5 sub-series at the National Archives of France in Paris for the years 1787 and 1789. When the Paris series did not contain the registers for these two years, we have tried the recourse to departmental archives. Departemental archives have thus provided data for Saint-Tropez, computed by Gilbert Buti, and for Lorient. Each Admiralty officer had to keep duplicate records of the different navigation rights he perceived. Congés mentioned day by day the sums paid by the masters when clearing a French port of the kingdom and its colonies. One register remained at the headquarters of the admiralty, the copy was sent each year to Versailles (at least in theory), so that the Paris offices of the French Admiral could verify the accounts and the accuracy of the sums collected to the profit of the Admiral of France. These registers were sent with an annual report which summarized in a very synthetic way the receipts and the expenses. When the congés registers are no longer kept, these accounts enable us to know at least the number of congés which were granted.

We also observed that other information is regularly found in certain registers, following “provincial” models:

Some admiralty offices, such as that of Bordeaux or Dieppe, used pre-printed registers, while elsewhere (like at La Flotte-en-Ré), everything is written by handwa

The registers of the Marseille Health Office

During the early-modern times, the main ports on the northern shore of the Mediterranean set up a sanitary system intended to reduce the risk of spreading the plague, a dreaded disease which was endemic to the Levant. Transmitted by contact between humans, but also by fleas that infested rats, or that nested in certain cargoes, such as wool bales from the Ottoman Empire, the plague decimated European populations wheever it proved impossible to contain it. In Europe, this desease killed almost all infected people, who had no immunity. To protect against the risk of contagion, ships returning from the Levant, or having had suspicious casualities during its voyage, or having communicated at sea with the crews of another ship likely to be infected by the plague, were subject to quarantine procedures upon their arrival at a European port. Thus, any ship calling at Marseille was subject to control. By the end of the 1780s, the Marseille Health Bureau, which sources are kept at the Bouches-du-Rhône Departmental Archives (200 E 1-1663, Intendance Sanitaire de Marseille, 17th-20th century), kept two registers that we have been used within the framework of Portic:

The ongoing ships’ identification (ship_id) enables us to attest that some voyages have been entered in both registers. In this instance, the “petit cabotage” register mentions only the port of departure (and no intermediary ports of call).  In the case of a double entry, the difference is mainly the cargo. We do have indeed double entries where only the nature of the cargo differs. For instance, on the 16th March 1787, Joseph Toussaint Tortel arrives at Marseille on his tartane Saint Pierre from Fréjus, with a cargo of 700 milleroles of oil and 1 passenger according to the registrer of the Health office, and with wood for heating according to the costal trade notebook.

We will explore the administrative practices (ships with oil, wine, passengers are recorded in the register of the Health offices, but possibly ships with other products as well), and to see how to visualize results without any loss of information.

These notebooks present information in the form of columns, showing “date of arrival”, “captain’s name”, “vessel name”, “where they come from” and “cargoes”.

The first names of the captains are often abbreviated and have been expanded wheever possible in the database.  The quantities of the products were generally indicated only for wood imports.

As far as quantities are concerned, we have maintained the distinction between “p.d. ” and “P.” as we are not sure about what they mean. There is also in 1789 the abbreviation “p.ds” and, written in full, also “60 poids [weight] firewood”, which suggests that “p.ds” [but perhaps also “p.d”] corresponds to “weight”.

Sometimes the small cabotage notebook states the unit of the product without indicating the unit of measurement.

The registers were kept by different people and their handwriting is more or less legible.  The small cabotage notebooks for the years 1787 and 1789 were integrated into Navigocorpus within the framework of PORTIC: 4 742 additional entries were thus collected.

These registers transcribe the deposition made by the captain or master upon his arrival in Marseille. The general structure begins with the date of the deposition, followed with the mention of the officer receptioning the oath. Then there is the indication of the depositor quality (“patron”, i.e. coastal trader, or captain), his name and first name and his place of “affiliation”, the type and name of the vessel and the number of people composing the crew. Here is the rough translation of the first entry of 1 January 1787 and its original French text:

“Mister Lantier, in charge this week, received the depopsition of patron Jean Baptiste Nervi, Genoese, commanding the felouque Sacré Cœur de Jésus, manned with 7 persons in all, who declared upon oath that he departed from Savona the 28th last [thus 28 December 1786], loaded with 60 quintals of rice and hoops for his own account, he remitted his patents, the patent of one passager, and got the entry». Information in italics in the transcription have been transcribed into the Navigocorpus database, each underlined segment in a different field.

The TOFLIT18 project is an open access database on trade flows between France and abroad with which is associated a graphical interface ((https://github.com/medialab/toflit18_data and http://toflit18.medialab.sciences-po.fr/#/home). In May 2020, it contained more than 550,000 feeds, collected in the archives of the Bureau de la Balance du Commerce and its successors on French trade between 1716 and 1821. Created in 1713 at the end of the negotiations of the treaty of Utrecht, the Office of the balance of trade was in charge of the collection of trade flows at the national level and the publication of summary documents allowing the royal administration to ‘assess the balance of its trade with the rest of the world. Only a small part of the flows contained in the database, relating to regions and ports in the years mentioned above, are the subject of visualizations and analyzes within the framework of the PORTIC project. More specifically, we have collected, as part of linking TOFLIT18 and Portic, information from two types of sources:

Commercial data and the role of the chambers of commerce

The Balance of Trade Office was a small administrative unit before 1783 and had little human resources to measure itself the quantities of goods leaving or arriving on French territory and to assess their value. He was resting for that on the General Farm. The General Farm had an organization and human resources (several tens of thousands of employees throughout the metropolitan territory) without equal. One of the sources of revenue was the treaty duties, that is to say the customs duties levied on goods entering and leaving the kingdom. In its hundreds of private offices scattered throughout the kingdom, the employees of the Farm recorded in a register of multiple information on the goods they taxed: the quantity, the unit of measurement, the value of the goods, its origin or its destination and date of registration. Each month, these registers were sent to the general directorates of the Farm who established lists of names of goods which summarized this information before sending it to the Balance of Trade Office. The office compiled these monthly statements and produced annual statements, one for each farm management, which it then sent to kingdom chambers of commerce to verify the prices assessed by the employees of the Farm or suggest prices when these the latter were unable to do so (many goods were not taxed on their value but on their quantity). The chambers of commerce then returned these registers to the Bureau, keeping a copy within their archives. These copies of annual statements have often been preserved and have been integrated into the Toflit 18 database. The PORTIC project uses the registers of inputs and outputs of the Marseille management for the years 1749, 1759, 1769 and 1779 , or more than 8,900 goods flows. The sources are kept in the archives of the Marseille Chamber of Commerce, under the symbols I21 to I32. Copies of certain years are also kept in the departmental archives of Bouches-du-Rhone in Aix en Provence in the collection of the stewardship of Provence under the symbols C4625 and C4626.

Trade data from the Balance of Trade Office

After 1781, the functioning of the Balance of Trade Office changed. Henceforth, the entire task of measuring the flow of goods entering and leaving the metropolitan territory was entrusted exclusively to the General Farm. This resulted in a significant change in the data collected. On the one hand, and this is the case for 1789, the Farm did not only compile the annual data by general direction, but disaggregated the data by main office (and sometimes by subordinate office). Thus, for the three directions which are studied for the year 1789 in PORTIC – Lille (including as main office the free port of Dunkirk), La Rochelle and Marseille -, the flows were measured at the departure and the arrival of the ten, seven and six main and subordinate offices which respectively composed these three directorates. Most of these summary documents were lost during the destruction of the archives of the General Farm by the revolutionaries in 1792. However, a certain number of them escaped the autodafé and are today kept in French or foreign archives . The sources which are used within the framework of the PORTIC project come from French National Archives (F12 1666 and F12 1667). They relate to more than 5000 flows. 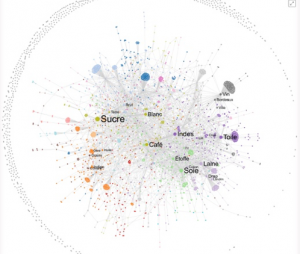